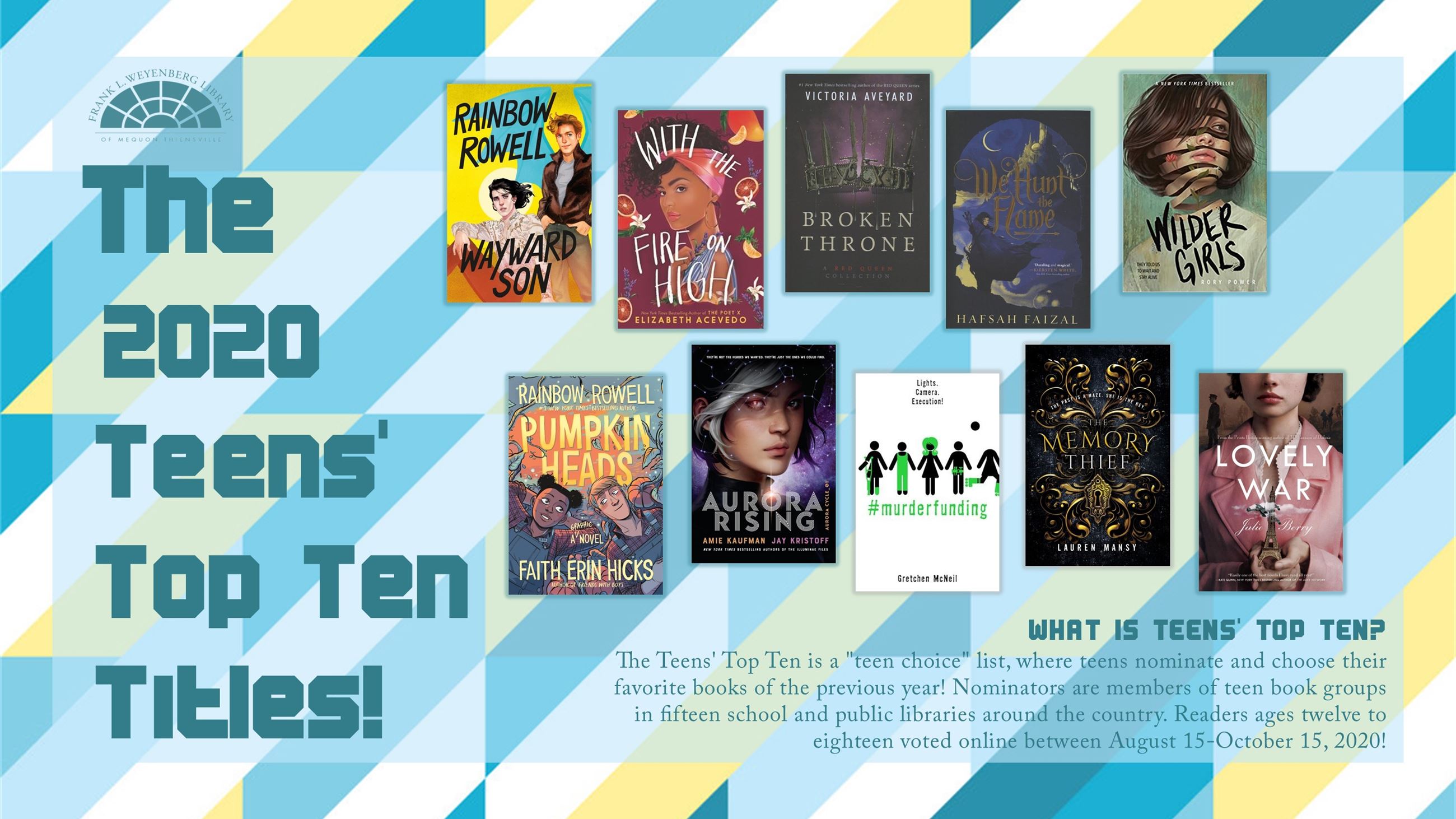 WHAT IS TEENS’ TOP TEN?

The Teens’ Top Ten is a "teen choice" list, where teens nominate and choose their favorite books of the previous year! Nominators are members of teen book groups in school and public libraries around the country. Nominations are posted during National Library Week and teens across the country vote on their favorite titles each year. Readers vote online from August 15-October 12, 2020 on the Teens’ Top Ten site. The winners will be announced the week during TeenTober.